Opening of the 124th Canton Fair 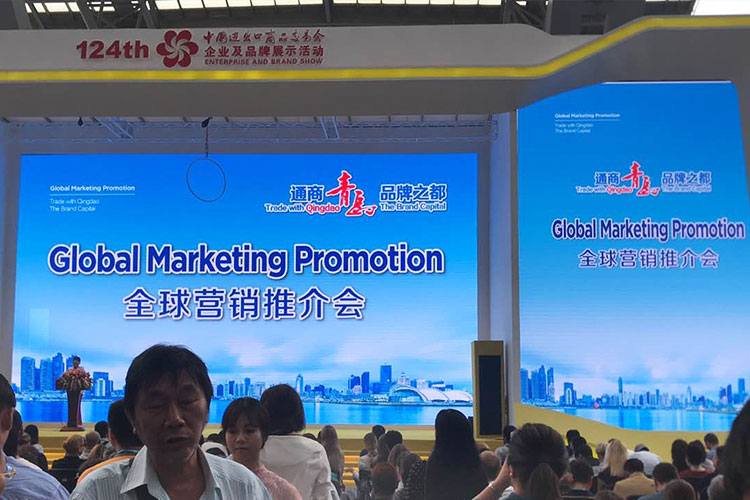 Yesterday afternoon, in the corridor of the AB area of the Canton Fair, the buyers of different colors of the world stopped to hurry, and enjoyed the global marketing promotion conference which was full of “Qingdao Elements” on the side of the central stage.

It is reported that Qingdao has arranged a special promotion during the first, second and third phases of the Canton Fair, focusing on introducing well-known products and famous brands in Qingdao to realize the promotion of corporate brand image and the promotion of purchase orders and help companies to grab orders and promote transactions.In recent years, Qingdao foreign trade brand effect has been continuously demonstrated.According to statistics, more than 20 brand enterprises in Qingdao have achieved nearly 80% of the turnover of Qingdao by occupying about 5% of the Qingdao trading group. The importance of brand value has become increasingly prominent.